Language Server Protocol 1 is a standard way of assisting programmers by providing set of features (like on the fly compilation, symbol resolution, references resolution, providing help or documentation etc). This is a client/server model, implementation of this protocol consist of a server process (eg: clangd 2) parsing the code which is currently written (or already written) and listening for any client to connect with it and ask for details. The client (eg: lsp-mode 3 in emacs 4) will communicate with the server on the fly and ask for details based on the current context of the code currently written.

This LSP server is provided by llvm 5 project for C/C++. Also, there are other LSP servers for C/C++ available like ccls 6. This ccls depend on libclang 7 which is also used by clangd, basically libclang is the one which parses the source code. Both ccls and clangd utilize the libclang library for code parsing.

This is a emacs package. This acts as a LSP client communicating with different LSP servers based on the current source file. There are additional packages like lsp-ui 8 to provide visual response. 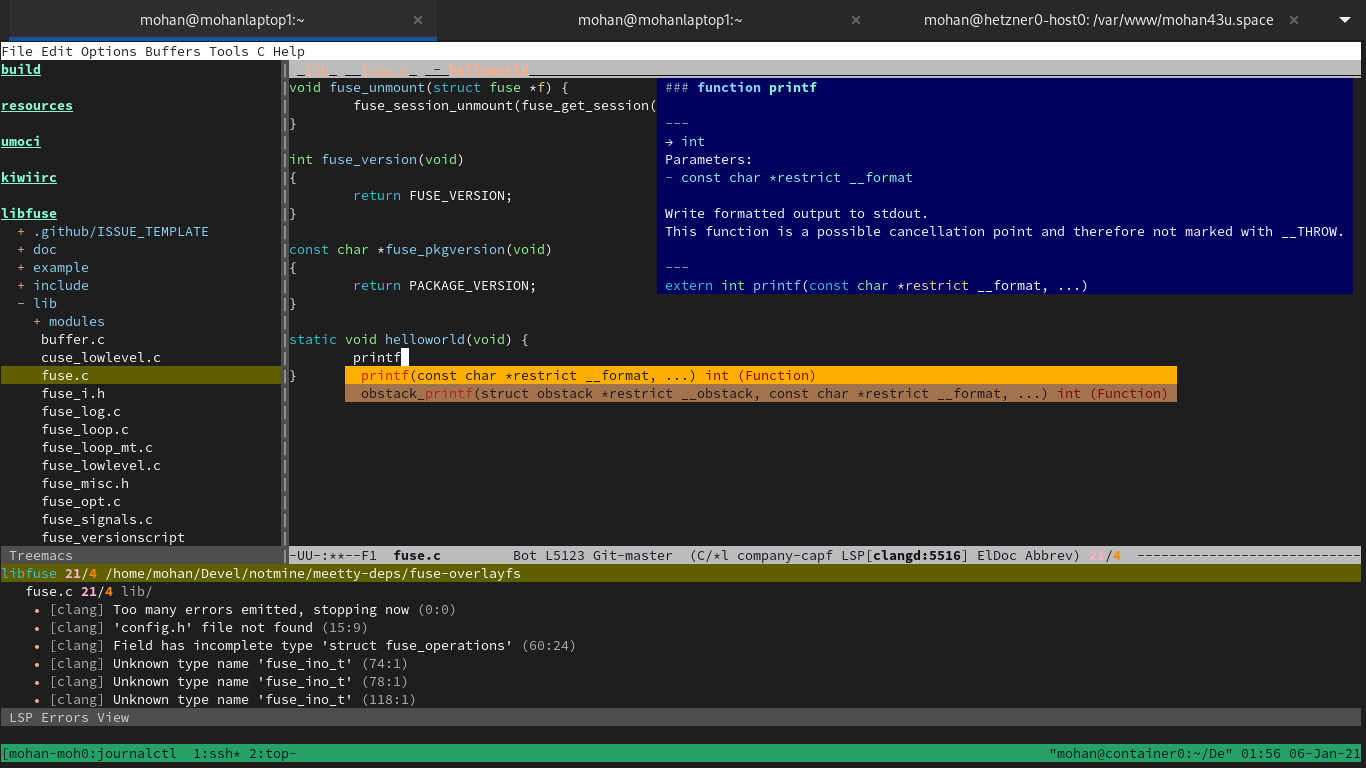 Merely installing clangd will not going to provide all the LSP server functionality. You need to tell clangd about how-to parse each source file in your project so that clangd will be able to parse the source code same like the compiler will parse. To know how-to compile a source file, clangd uses compilation database 11. This compilation database is nothing but a file called compile_commands.json which contains compilation command lines to compile each source code in the project. The cmake 12 can generate this compile_commands.json automatically when -DCMAKE_EXPORT_COMPILE_COMMANDS=ON added to cmake. The meson 16 can generate compile_commands.json automatically. But for non cmake or meson projects, bear tool is needed to produce compile_commands.json. This bear tool is available on all major distros. You have to install based on your distro. For Arch, bear is available in AUR 13.

Following emacs packages needed and can be installed through ELPA 20/MELPA 21 (M-x list-packages).

For clangd, we need to generate compile_commands.json file in project root directory. If you are using autotools 15 based projects, instead of running make 17, you have to run make with bear like this,

We need to add the following lines to .emacs 18 to configure the LSP packages,

Just open a C/C++ source file or header file, lsp-mode will be automatically become active, emacs will also start clangd process. Following keybindings will be helpful once lsp-mode is active. 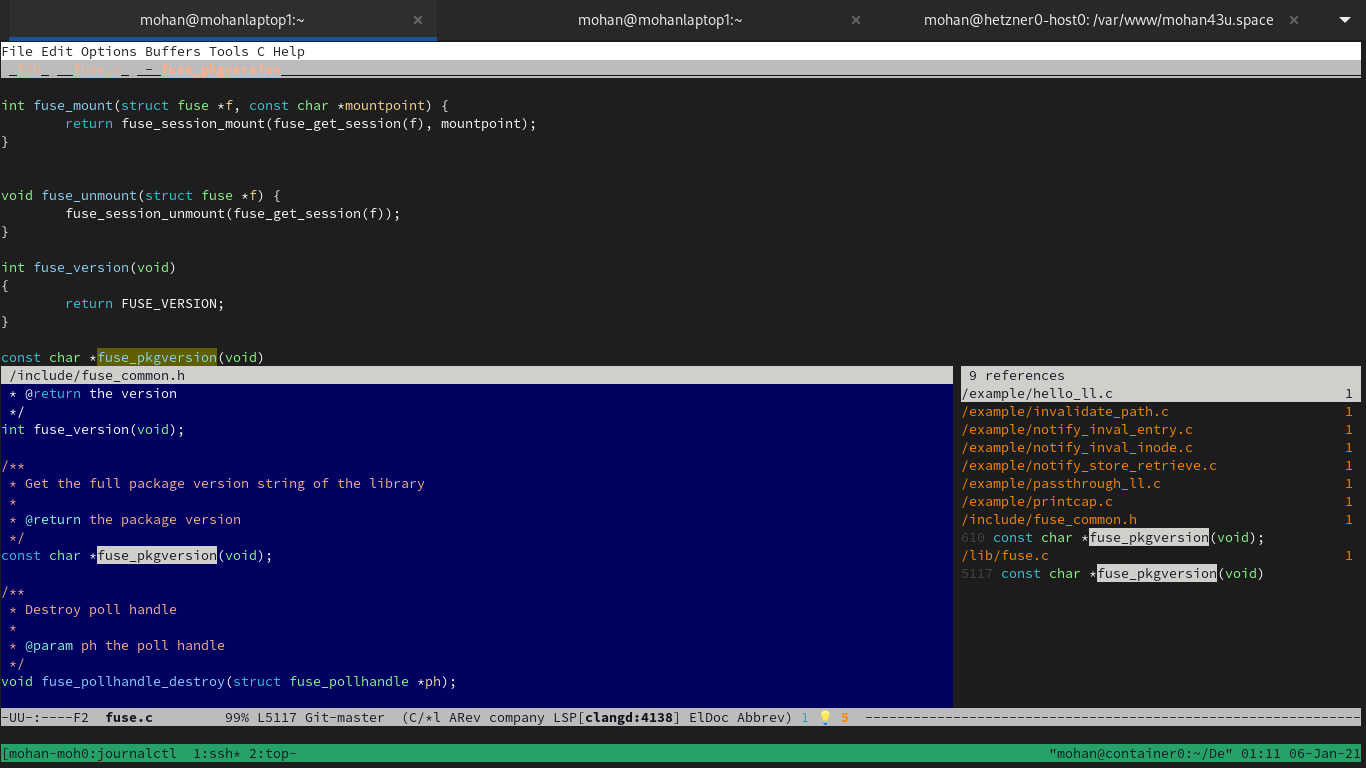